The gloves are finally finished, ends woven in and all.

It feels like it’s been a long time since I had a finished object to post about, it’s mostly been ideas and abandoned projects and life getting in the way. But this one feels good and I think it may carry a little momentum too. 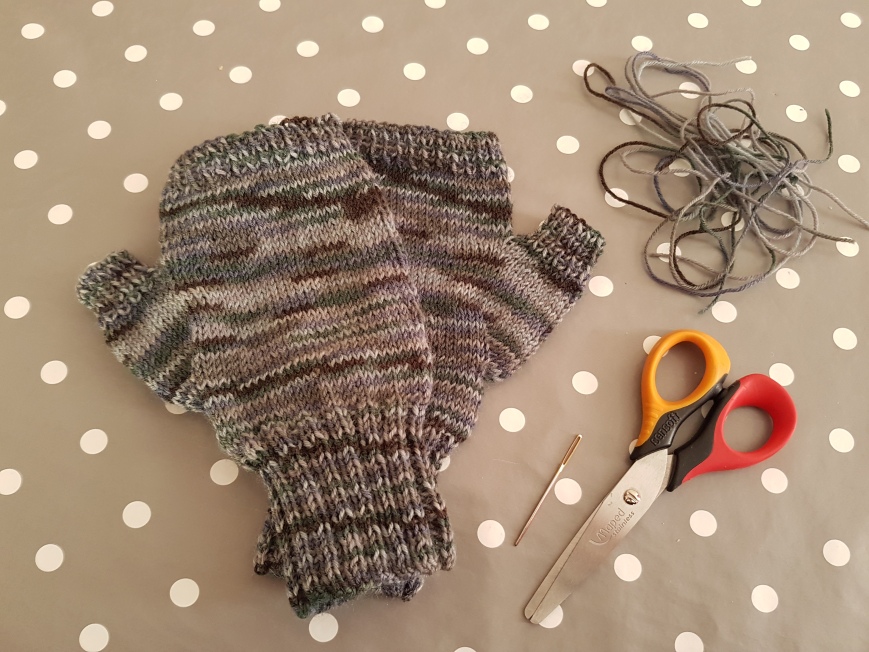 Christmas is stressing me out. I want to enjoy it, but what with a new house that is still fairly chaotic, school and preschool end of term activities and the quite-frankly-ridiculous amount of time I’m spending driving to and from schools, Christmas could really do with being postponed by a month or so.

It certainly didn’t help a couple of evenings ago, when I pulled out my gradually gathered pile of presents to assess before making a start in the wrapping marathon, only to find it woefully lacking. Given the amount of time and thought I know I’ve put in, not to mention the number of times I’ve been shopping already, I was distressed to say the least. (More shops have now been trawled and more online orders placed.)

So, when Pickle unexpectedly came down with a bug yesterday and then I started feeling ill myself, I took to bed with a certain degree of relish. Hubby insisted I rest in order to stave off any repeat of the disastrous Christmas of 2014, during which we were all struck down by a hideous bug and ended up feeding the in-laws cheese sandwiches instead of the promised Christmas dinner and then packing them off home again.

So, being fortunately not as ill as I could be, but resting in bed nonetheless, I have finally had a chance to work on the gloves that have been on the needles since last winter. Hubby wanted fingerless gloves but since the prospect of working individual fingers was the root of my procrastination, I convinced him that fingerless mitts would be just as good and look where we’re at now! 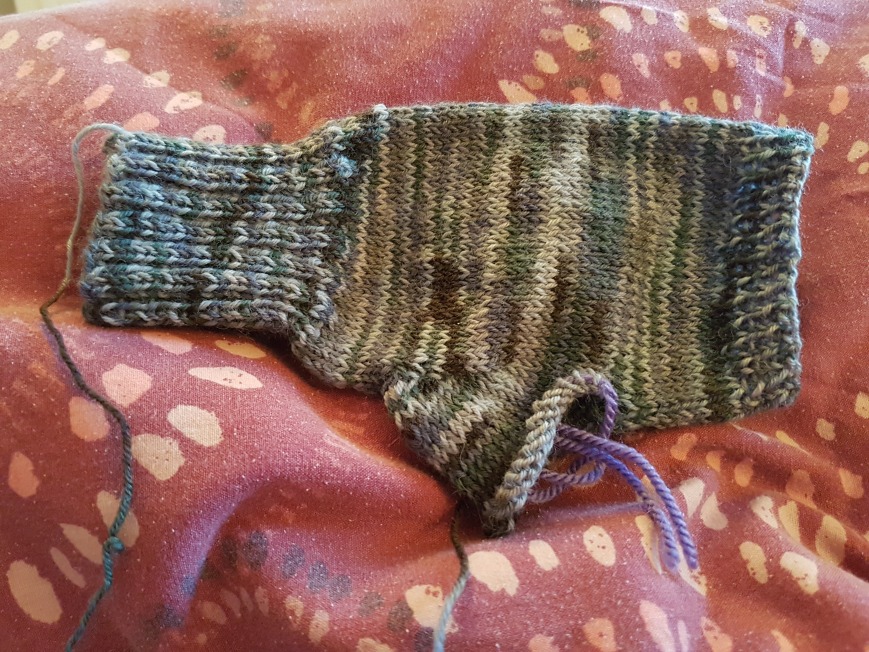 I used Jeny Staiman’s Interlock Bind off which looks great and feels comfortable and I like much more than her JSSBO which I’ve tried before.

Just the thumbs to go and then hubby at least might get something for Christmas!