Pickle wants a scarf. He’s been asking for one similar to one I knitted for his older brother some time ago. He’s been asking for about two years. It’s not that I haven’t tried knitting one for him. I’ve cast on several different iterations. I even attempted double knitting, which would make a lovely scarf, but was just such a tediously slow process to actually knit.

Edit: in fact, it turns out I even blogged about the double knitting one, here, almost exactly a year ago. Yeah, I frogged that one!

Anyway, I’m currently rehearsing a show, in which my character appears in three scenes at the beginning of act 1 and three scenes at the end of Act 2. Now that we’ve reached the point where we are doing full run throughs, I have a lot of time in the middle doing nothing, so Pickle’s scarf is now my rehearsal knitting. He picked some colours, I picked a sensible stitch count and I’m finally on a roll with it. He may even get to wear it this winter! 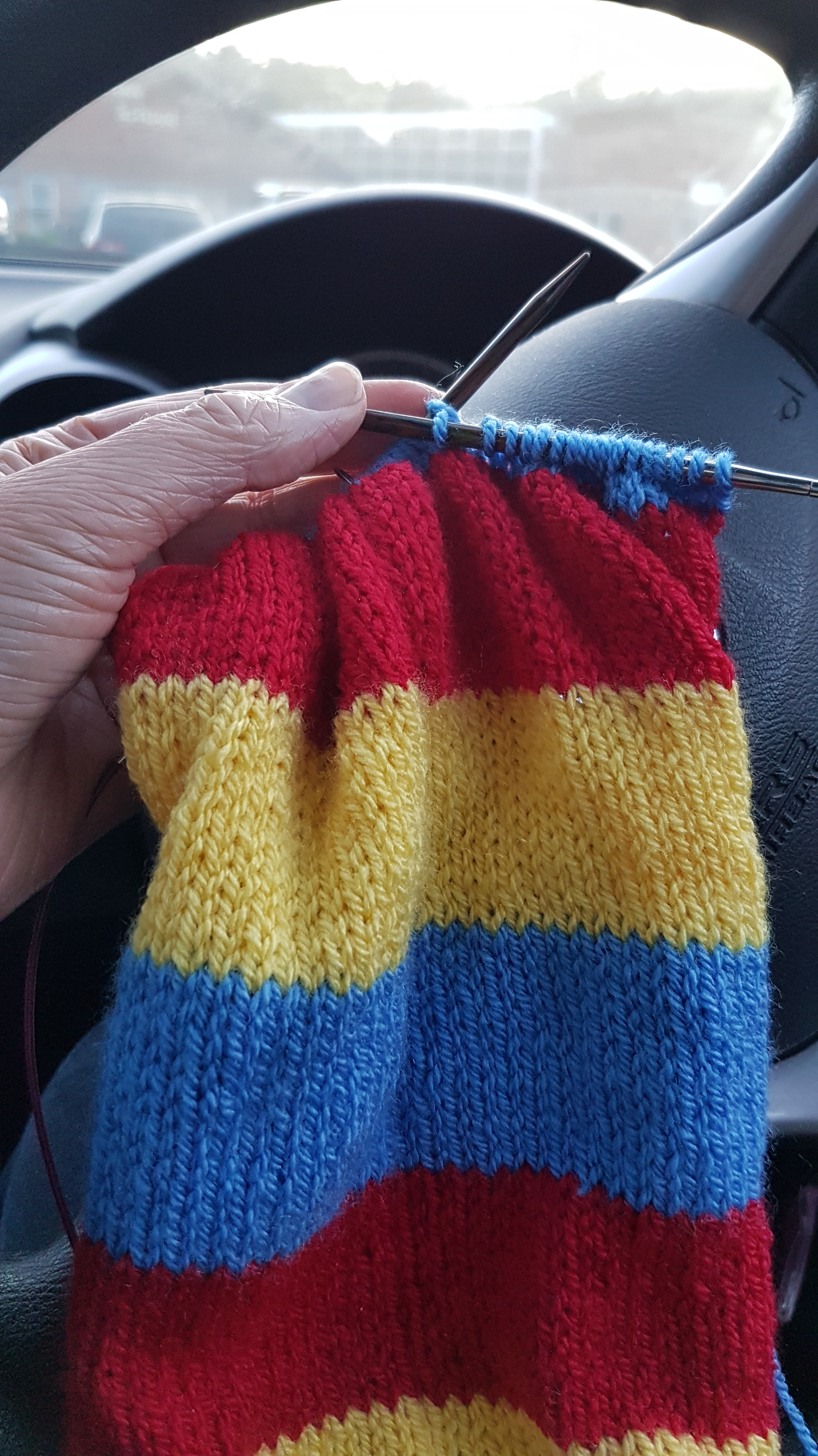 (I also knit in the car while waiting for the boys to finish run club.)