This picture is roughly titled: Self-portrait, or Jack-in-a-hat. 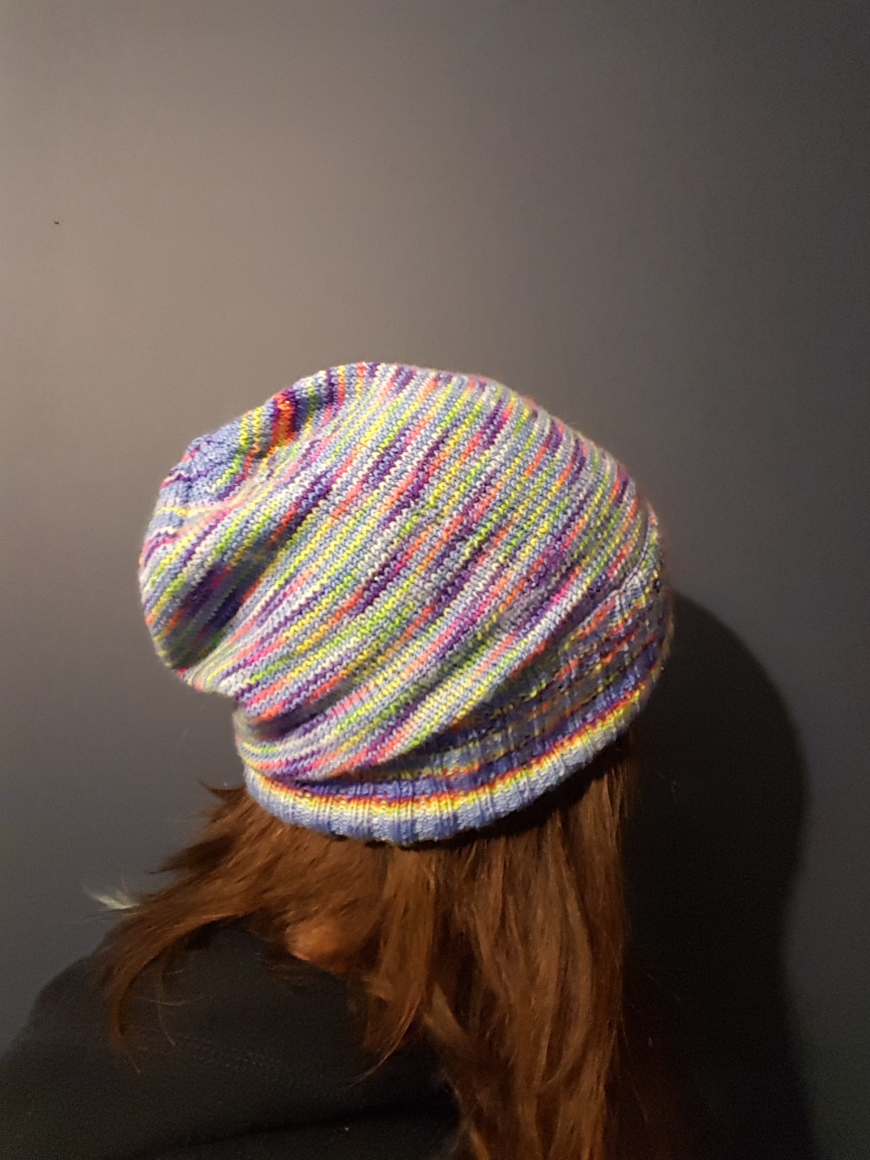 Terrible photo, I know, but it shows the hat and not too much of me, and the colours are actually pretty good, despite the shoddy lighting. I’m very pleased to have finished this one. I’m not usually a huge fan of variegated yarns, but this one has worked quite well without much pooling on the main body of the hat and it’s pretty.

I had a bit of a down day yesterday, feeling a bit under the weather physically and mentally, so a finished project win today feels extra good. And I also got to indulge in a little retail therapy today, ordering yarn for the baby blanket I’ve promised to knit for a friend. I’m a bit behind the times as she’s due in the next couple of weeks, but at least I actually have time to knit now, since I’ve been furloughed from work for the foreseeable. Yarn should arrive on my doorstep later this week, so I’ll give you a sneaky peek then and share my plan.

Hope you’re all staying safe and sane and healthy.

My knitting speed has slowed considerably over the last couple of weeks, but I am still working on it here and there. My most reliable opportunity to knit is whilst the kids are attending various weekly activities. This was in the car while Pumpkin was at Athletics this week. 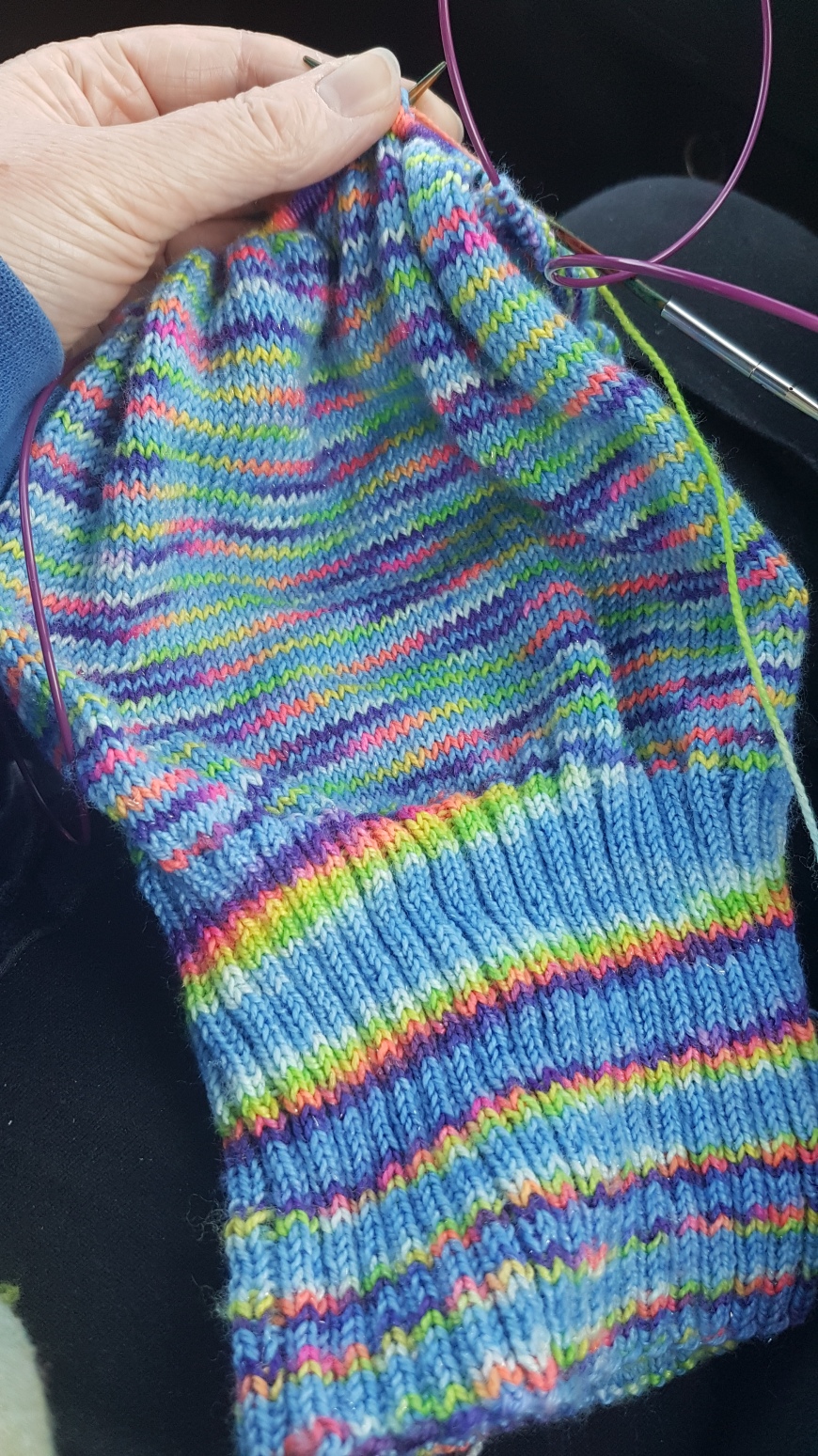 I have also been reading a little more recently. I’ve just finished ‘Invisible Women’ by Caroline Criado Perez, which is a fascinating study of how data collection, or lack of it, shapes our world, often to the disadvantage of women in all areas of life.

I’m now reading The Martian by Andy Weir, which is rather different!

We’re not on coronavirus lockdown yet in the UK, but it looks like we may be soon. My work is likely to be affected if mass gatherings are banned, but I guess the silver lining would be more time at home to spend reading and knitting!